When we bought our house back in December 2012, none of the windows had screens on them.  At the time, it wasn’t an issue…because it was cold outside and we weren’t going to be opening the windows. But, now it is summer, and hot, and we want to open our windows so that we don’t rely too much on the air conditioner. But we don’t want the bugs to come in and enjoy the comfort of our home.

Since there is no “standard” window size, you cannot just go to HOME DEPOT and buy standard screens. Screens need to be custom made. My wife said that she knew how to re-screen windows, it was a skill her dad taught her when he built screens for a house we were renting. And she did re-screen a screen door at another house we rented. Still, I was a bit intimidated by the idea, thinking that building screens from scratch would be difficult. It was surprisingly easy. Sam (that’s my wife) suggested I watch a tutorial on YouTube on the topic. She gave me a link that I lost, but google helped me find another good one.

We then measured all the windows, writing down the dimensions on a pad of paper. We decided that we would start by screening only a few windows…mainly one in each room. Two of the girls had two windows, but Sam and I, and Kaia, only had one.  So we were going to screen four windows, one in each of the girls room, and ours. Two living room windows and the dining room window were already screened, we found screens in the garage when we bought the house.

First thing you need, of course, are the raw materials. We drove over to Home Depot and enjoyed the air conditioning while we browsed the isles.  In the DOORS AND WINDOWS section we found what we needed…funny how that works.  We needed to get the frames, the corners, the screen, and the spline (that’s the stuff that holds the screen in place). We already had the splining tool, a gift from Sam’s father, he left it behind after re-screening the windows on that one house. 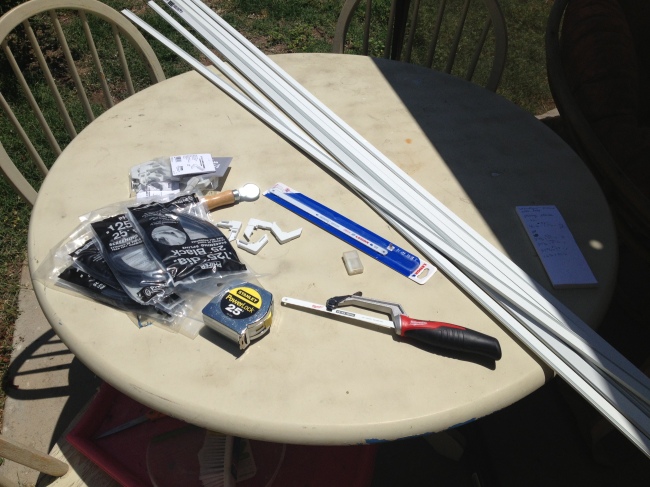 Adding up all the dimensions of the windows, we determined we needed six of the 7 ft long frame pieces.  Then four bags of corner pieces, four bags of spline (it was too much, but now we have enough for the other windows), a roll of screen (25′), and a hacksaw so I could cut the frames.  Thinking about it, I should have gotten the hacksaw and miter box, but I thought I could do without it. I was able to manage, but it wasn’t easy.  I suggest getting the hacksaw and miter box. The total at the register was $100.70. But, part of that was the $15 hacksaw and extra blades ($3) …and we have left over screen for more windows, and more spline…so for this project it was about $70.

So I measured and cut the frames…

with a little help from Justice. 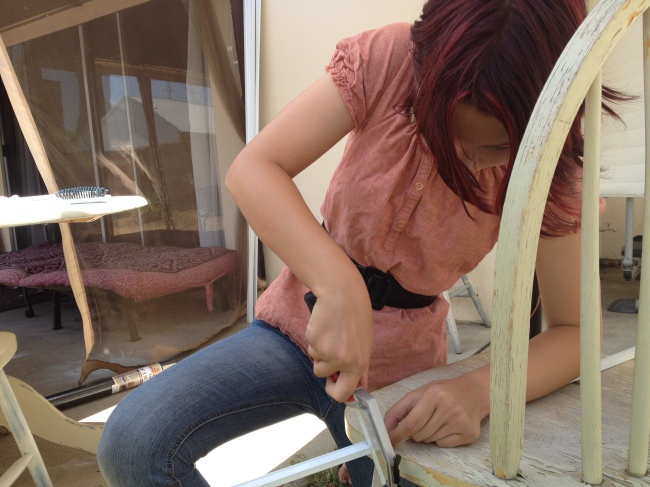 …then we laid it out on the ground, rolled out the screen, and added the spline. 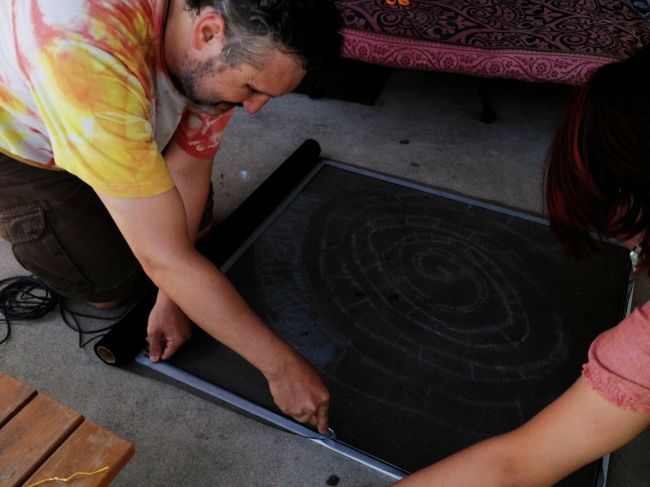 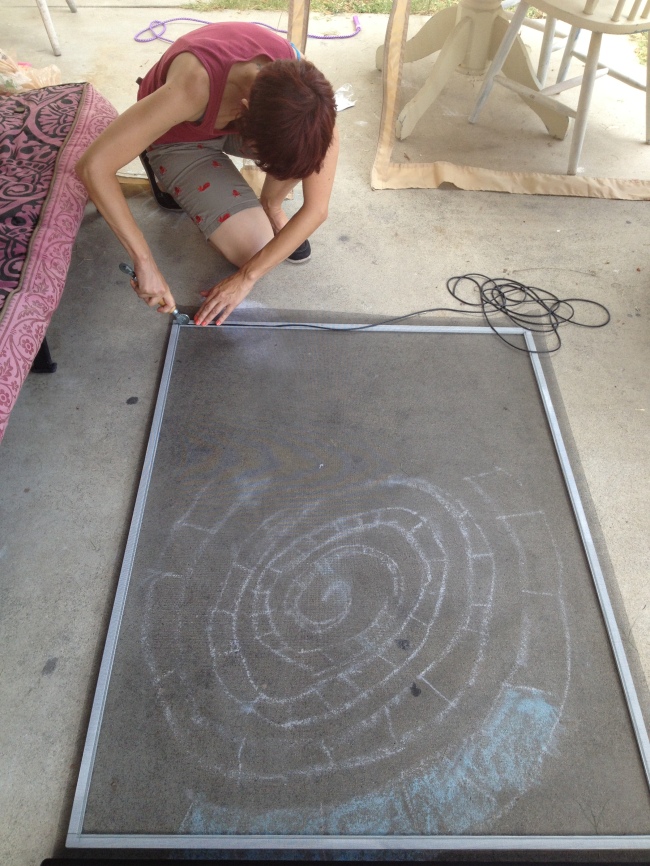 It was so easy a kid could do it, as you could see pictured above. And now we have lovely screens on our windows…each costing under $18 (because we have materials left over to make more screens).  And now we can open the windows to cool down the house, and keep the bugs at bay.

The fact that Hallie isn’t pictured helping out doesn’t mean she was left out. She took care of the troops by making matzo ball soup for lunch.